Mather was born in Boston, Massachusetts Bay Colony, the son of Maria (née Cotton) and Increase Mather, and grandson of both John Cotton and Richard Mather, all also prominent Puritan ministers. Mather was named after his maternal grandfather John Cotton. He attended Boston Latin School, where his name was posthumously added to its Hall of Fame, and graduated from Harvard in 1678 at age 15. After completing his post-graduate work, he joined his father as assistant pastor of Boston’s original North Church (not […] 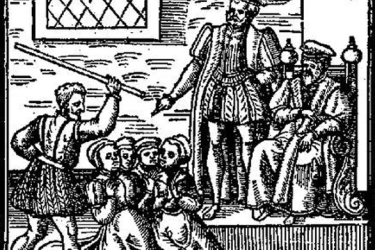 Various explanations for the witch-hunt mania which gripped Western Europe have been put forward, with increasing religious hysteria and intense paranoia in the aftermath of the religious Reformation being one of the most convincing. It was not until the logic and rational thinking of the Enlightenment that witch mania began to subside. Before that time, however, this mass hysteria would expand from Western Europe to the English colonies in the New World. The most well-known […]

How the Historic Persecution of Witches Led to the Infamous Salem Witchcraft Trials Long before the bloody horrors that took place during the Salem witch trials, those accused of witchcraft often found themselves strapped to a burning stake or caught in the hangman’s noose.   Ireland 1324. The bishop of Ossory, Richard Ledrede, condemns his diocese as a hotbed of devil worshippers. At the centre of this scandal is Dame Alice Kyteler, a wealthy noblewoman, […] 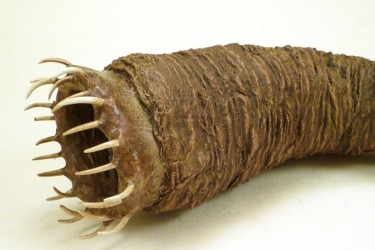 The legend of this creepy fellow originated in the Gobi Desert in Mongolia. Though sightings are often doubted and disputed, locals remain adamant that this creature is out there. This creature is a massive worm, ranging from 2ft to 5 ft in length, which spits acid and shoots electricity at its victims. If you are unfortunate enough to encounter this worm, it is likely that you will not live to tell the tale. With so […] 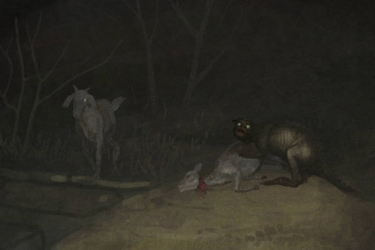 This beast is among the newest mythological creatures, with the first reports coming in 1995. The tale originated in Puerto Rico, where farmers would find their goats and other livestock dead, with vampiric puncture wounds and a lack of blood. Firsthand accounts describe the creature as looking like a small bear, with fangs and spikes protruding from its spine. Sightings and similar accounts have since moved to the mainland US, suggesting the creature is beginning […] 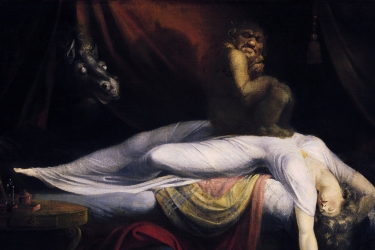 You know that dream where you’re naked in front of all of you classmates or at work? What about the one where all of your teeth are falling out of your head? In Persian mythology, these and dreams like them are blamed on a creature called Bakhtak. This invisible creature sits on the chest of its victims, turning sweet dreams into nightmares and, in some cases, causing sleep paralysis. This should ease the minds of […]

The most recognizable name on this list is Sasquatch or Bigfoot. This creature is part of modern American mythology, originating with the indigenous people of the Pacific Northwest region of the country. Large, apelike creatures that walked upright were known to steal the fish from nets and were thought to possess supernatural powers. In modern day, Bigfoot is one of the last remaining mythological creatures. This is probably because it isn’t completely illogical to believe […]