This video was recorded on Valentine’s Day 2017 during her interrogation by Fairfax County Police. Iraheta originally denied being responsible for Reyes Rivas’ death but later confessed to the crime. See it for yourself here…

A female member of MS-13 was sentenced to 40 years in prison Friday in the brutal killing of a 15-year-old girl.

Venus Romero Iraheta, 18, was convicted of murder in January 2018 in the 2017 slaying of Damaris Reyes Rivas.

She pleaded guilty to first-degree murder, abduction and criminal street participation earlier this year at the court Fairfax County, Virginia.

Prosecutors said Iraheta was one of the 10 MS-13 members and associates who met Damaris at Lake Accotink Park in Fairfax County, seeking revenge for the murder of her boyfriend, Christian Sosa Rivas. Reyes Rivas was a student at Watkins Mill High School in Gaithersburg, Maryland. 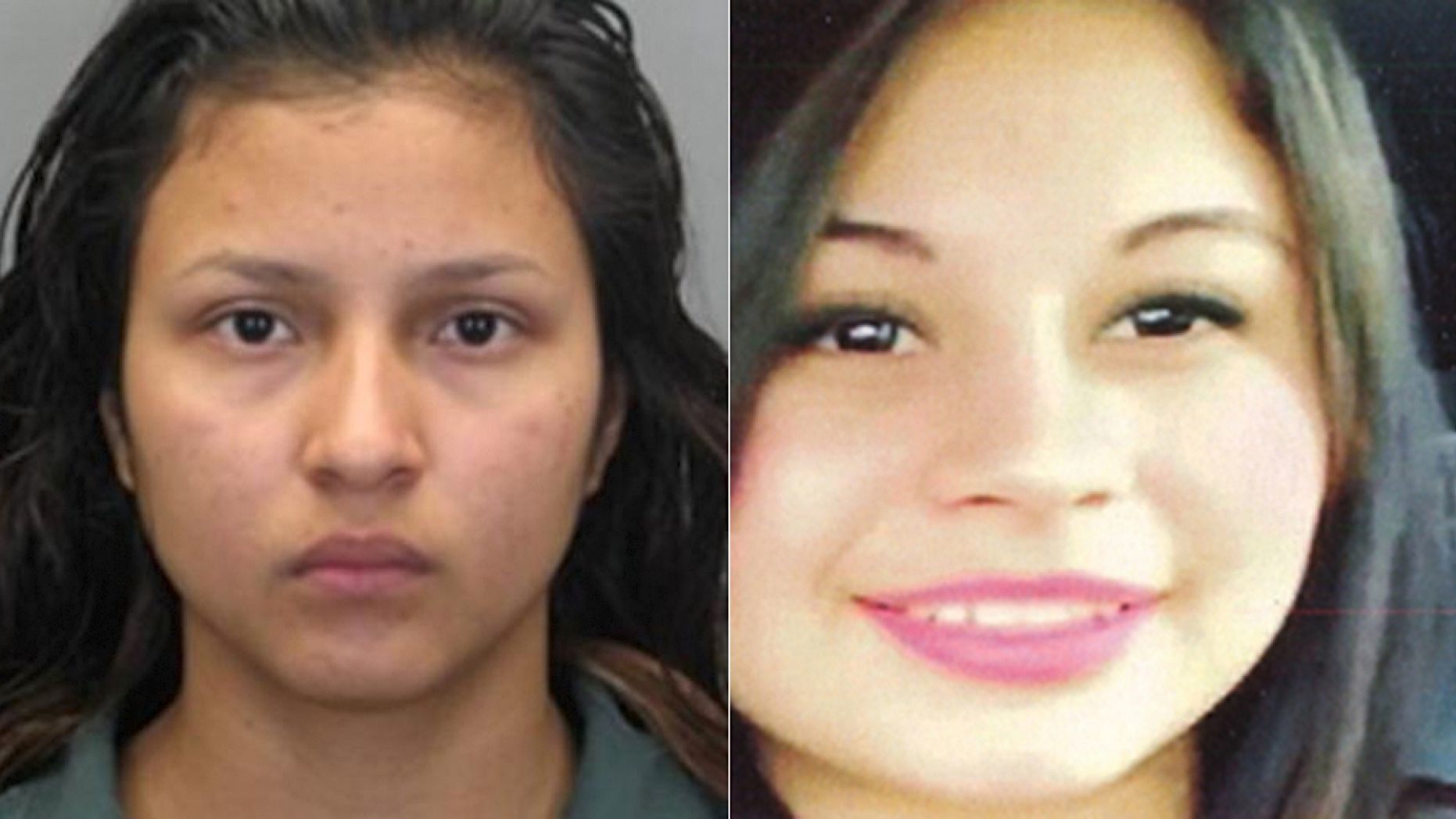 Earlier this year, an interrogation video recorded on Valentine’s Day 2017 showing her confessing to the crime.

When an officer asked what happened next, Iraheta replied in English: “I killed her.”During a follow-up question on how she killed the 15-year-old, Iraheta told cops she committed the murder “with a knife.”

Reyes Rivas then was forced to walk through the snow without her shoes and shirt before Iraheta sliced a tattoo off Reyes Rivas’ hand that Iraheta’s boyfriend had given to the teen.

The 15-year-old was then taken to a wooded area where Iraheta and the group stabbed her repeatedly in the stomach, chest and neck, officials said.

“I left the knife in her neck,” Iraheta told police. She said she eventually took it out and gave it to someone else.

As Reyes Rivas lay dying near an Interstate 495 overpass, authorities said two others stabbed her in the neck with a sharpened stake. In all, officials said Reyes Rivas was stabbed 19 times before her body was placed in a shallow puddle and covered with railroad ties.

“Does [the murder] bother you?” interrogators asked. Iraheta just shook her head.

The brutal killing was recorded on video and was intended to be sent to MS-13 leadership in El Salvador so the group could be promoted within the ranks of the gang, according to FOX5. Officials said the video was recovered from Apple’s Cloud and was a key part of the investigation. Iraheta faces a maximum of life in prison plus 20 years when she is sentenced May 25.

In October, three other MS-13 affiliates pleaded guilty to their roles in the savage murder.

As part of a deal with prosecutors, Cindy Blanco Hernandez, 19, Aldair J. Miranda Carcamo, 18, and Emerson Fugon Lopez, 17, pleaded guilty to a host of charges that included abduction and, in two instances, gang participation. They are expected to be sentenced May 5, 2018.