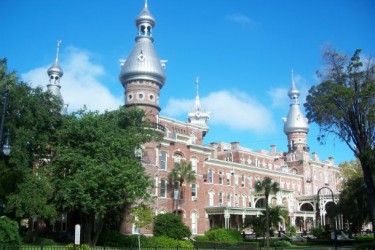 Onetime Tampa Bay Hotel servants are said to haunt the Science Wing. Witnesses have felt something watching them and had an eerie feeling. Apparitions have been seen all over campus; in fact, many people say quite a few ghosts abound in this university hall after hours. One of the most famous cases is Bessie, an actress who committed suicide after finding out her husband was cheating on her with another actress. She is said to […]