Johnson’s body was found in January 2013 in a rolled-up gym mat at Lowndes High School in Valdosta Georgia. His parents have long been convinced that he was killed, and they even named suspects in a civil lawsuit.

“After extensive investigation into this tragic event, federal investigators determined that there is insufficient evidence to prove beyond a reasonable doubt that someone or some group of people willfully violated Kendrick Johnson’s civil rights or committed any other prosecutable federal crime,” a statement from the Justice Department said. “Accordingly, the investigation into this incident has been closed without the filing of federal criminal charges.” 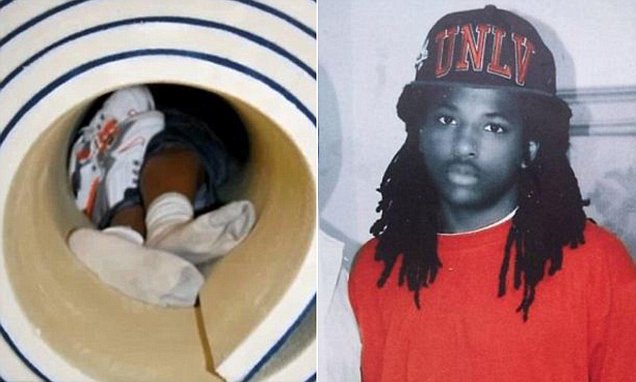 The statement quoted Acting U.S. Attorney Carole Rendon as saying that the Justice Department as well as the lawyers and investigators on the case “express their most sincere condolences to Kendrick Johnson’s parents, family, and friends. We cannot imagine the pain of their loss, or the depths of their sorrow. We regret that we were unable to provide them with more definitive answers about Kendrick’s tragic death.”

The story the police portrayed goes a little something like this. Apparently Kendrick and a friend didn’t want to pay for a P.E. locker so instead they put their shoes (they sometimes shared) in the rolled up mats in the corner of the gym. They had just returned to school after winter break so the gym had been “deep cleaned” I guess you could say. Which meant the mats were stood up by the bleachers. In that case Kendrick may have tried to dive in head first to retrieve his shoes he needed for class. Please keep in mind this is a small gym and others were close to him and should’ve been able to help had he been calling for help or been in any trouble. This is the tragic story the school and cops tried to tell people, including his family.

Ok so now that we have exactly what the cops wanted everyone to believe, my biggest issue with this what his body looked like after he died. His family wasn’t able to see him until the cops and coroner had done what they needed to. More than two days after his death his father was still denied access to identify the body just as his mother was. When they did see his poor face, it was obvious that this was no accident at all! Someone beat this poor boy and left him in that mat to be found. It’s almost as if the family was left in the dark for a reason. It’s said that the gym he was found in wasn’t considered a crime scene. WHICH IT SHOULD’VE BEEN! Kendrick’s mother was apparently in the school councilors office trying to desperately find her missing son when oddly enough the superintendents daughters had just found him rolled up in the gym mat. They didn’t call the coroner until hours after he was found (which is against the law) no crime scene tape nothing. For all we know they covered a lot of shit up. Him being killed then rolled tightly in the mat does kinda make more since though. The hole atop the mat he supposedly crawled in and got stuck was 14 inches wide. His shoulders were 19 inches wide…and not to mention the shoes he was wearing (not the ones he was “diving” for) were behind his knees, very odd place. Especially for someone already limited on space and trying to wiggle around. I would expect them to still be on his feet. 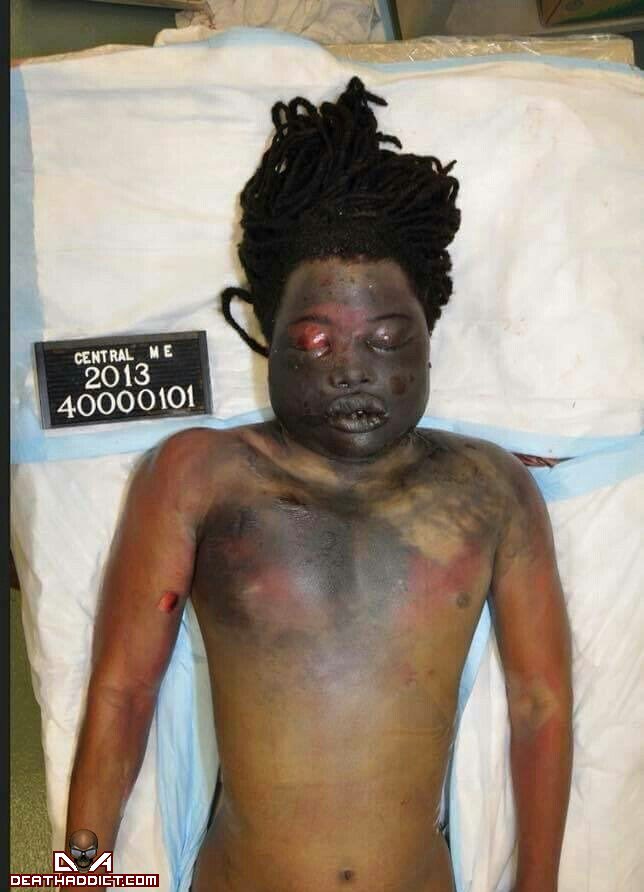 That’s not even the half of it sadly.. let’s go back to the shoes he was trying to retrieve for class. What about them? well strangest thing is they were sitting in a pool of his blood under his head exactly where they were supposed to be. But oddly enough, no blood was on the shoes! Yes, you read that correctly. Not a drop was on the shoes but it’s as if they were placed under him after he’d stopped bleeding. There was quite a bit of blood that had pooled mainly due to him facial injuries and him being positioned upside down making all of the blood rush to his head.

At this point the parents and family are furious that the cops and school seemed to brush their sons death off as an accident when it clearly was something or should I say someone else! So they got pissed and just posted pictures of his face everywhere, a side by side of Kendrick before and after death was shown and shared everywhere! This gained so much attention, even the media wanted to help. But when CNN tried to ask the school for the footage of the school that day, after going back and forth they did get something. Just not everything, the videos were missing more than an hour that had been cut out. For unknown reasons, this came from the IT guy at the school not police, but this was the same footage the police had received.

So the family hired a coroner themselves and what he found was horrific. They dug up his body for this to be done AGAIN since the coroner hired by law enforcement couldn’t seem to do a truthful autopsy. The coroner didn’t find any of his vital organs!!! From the top of his head down to him pelvis his organs were gone, including his brain. Now in some cases during an autopsy they may remove organs and preserve them in case later testing is needed. But in this case, no one knows or can find them now. CNN contacted the FBI who had been in charge of the autopsy before Kendricks body was sent to the funeral home. They said what they did was just”standard procedure” even worse was they stuff Kendricks body with newspaper!! Of all things why the hell newspapers?? It just wasn’t making sense. They tried to contact the funeral home as well asking why this was done? Stuffing people with news paper definitely is not a standard procedure. They had no valid answer, or reasoning for this madness. The family just became angrier as more questions arose.

So some of the video was cut as stated before. On top of that no one was interviewed immediately at the school where this took, no kids from the school. The paramedic who said it should’ve been a crime scene and also noticed blunt forced trauma to his neck wasn’t interviewed till over a month later. Same for the janitors who cleaned up the gym that day. All that evidence lost, even a shoe and a bloody jacket found in the gym near the mat, it was said to be unrelated to the crime and wasn’t taken in for evidence. Then a bunch of bloody paper towels were found in a near by trash can, this also was said to be unrelated. Obviously something went on in that gym and has been covered up.

Two kids stood out at the school, who refused interviews and also had a connection to law enforcement. Brian & Branden Bell had recently fought with Kendrick on a school bus. Their Father Rick Bell actually worked for the Federal Bureau of Investigation at the time. This was very suspicious in itself. Even though the cameras at the school show the boys were at school during the incident since the camera footage had been cut we only saw them walking in and out of the gym and pacing the hallways outside the gym. The boys tried to cover their tracks but the time stamps and evidence just wasn’t matching up! Through all the speculation, the Valdosta Police Department will not comment on the case any further. When the Sheriff was confronted about missing evidence, organs etc. he told the CNN interviewer to leave and he had no comment. The Civil case the Johnson’s had filed against the bell’s for the death of their son has since been dismissed and no one has been charged with his death. Did these kids get away with murder? Seems like someone did.

Lastly this created such a stir “Anonymous” got involved. They are an internet group who usually act as the voice of the public in hard times such as this. They typically will threaten to expose people but in this case they posted a video for the world to see, making sure everyone knew this was a major cover by the school and police department. People have claimed to have heard many rumors about what happened to Kendrick even an anonymous letter was sent to the police station about his death and still they stick to their story that “Positional Asphyxiation” was his cause of death. This is not a common cause of death at all, not even 1% of deaths are ruled as Positional Asphyxiation. it’s actually more common in babies who cannot control their head yet and get stuck in a position where they cannot breathe properly. So many missing pieces to this crime and so much over looked evidence. Justice should be served. The two Bell boys have since been interviewed after refusing for so long, they still very much deny any involvement. The students that were in that gym or saw anything at school that day were told not to speak to law enforcement or there would be consequences including them not graduating.

If you have any information regarding his death please tell authorities or better yet just contact his parents I’m not even sure the police department would do a damn thing. All I know is this boy didn’t deserve such treatment in life or death! This family deserves some closure for their loved one.

If you like true crime, murder mysteries, vanishing people, unsolved crimes, urban legends, ghost stories, and anything paranormal please follow because this is the site for you! Please submit any stories to me, SHARE THE SCARE!