“Mothman. In a 13 months period between 1965-1966, the town of Point Pleasant, WV reported seeing a winged beast with big red eyes. The last report was the beast standing on the Silver Bridge. And then the silver bridge collapsed. The beast wasn’t reported again afterwards.” — TheSpanishDerp 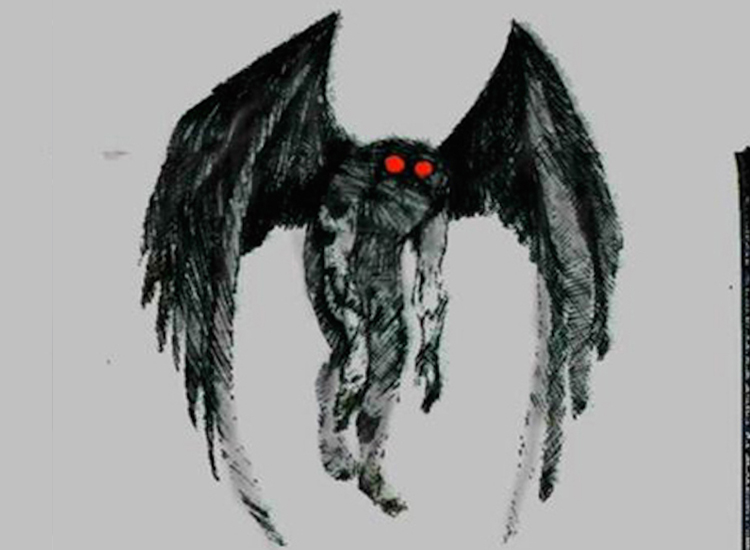 The legend of Mothman originated in Point Pleasant, West Virginia. Two couples were driving near an old power plant around midnight when they saw a creature that resembled some sort of flying man. It had the characteristics of a human, but the wings and flight speed of something supernatural. A newspaper article was published about the claims, and a litany of reported sightings and other supernatural activity followed for the next year. On December 15, 1967, the Silver Bridge collapsed, killing 46 people. After that, sightings of the Mothman ceased. While sightings have ended, the questions remain, was the Mothman trying to tell us something?  Or was the Mothman to blame for the bridge’s collapse?

Mothman is now featured as a unique enemy in the newest installment of the Fallout franchise, Fallout 76.