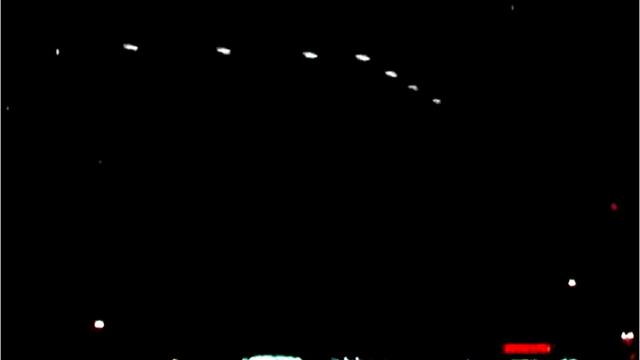 Those who witnessed the bizarre lights described them as “otherworldly” and the phenomena is remembered fondly each year since it — whatever it was — was spotted.

According to the Mutual UFO Network, on March 13, 1997 between 7:30 and 10:30 p.m., thousands of people reported seeing strange, bright lights flying over Nevada, Arizona and part of Mexico.

“It wasn’t just one event, there were many events across the state for more than 12 hours,” Phoenix Lights Network spokeswoman Lynne Kitei said.

The first event was described as a V-shaped object the size of a commercial plane soaring through the sky.

One witness from Prescott who wished to be known only as J.R. said he watched a boomerang-shaped object glide over Granite Mountain, and it was at least a mile wide. He said there’s no way it was from this planet.

“We don’t have anything that big,” he said. “It was totally silent. I’ve never seen anything even close to the colors from the exhaust that propelled that thing. It was as big as downtown Prescott and completely blocked out the stars.”

The second event was reported by an unidentified former Arizona police officer who claimed he saw a series of stationary, orange and red lights hanging over the Valley.

The Phoenix Lights were treated as a joke at first by then-Gov. Fife Symington, who had an aide dress as an alien for a press conference about the phenomenon.

“This just goes to show that you guys are entirely too serious,” Symington said then.

However, Symington later did a complete 180 and not only said he saw the lights himself, but believed them to be of otherworldly origin.

“I’m a pilot, and I know just about every machine that flies,” Symington said. “It was bigger than anything that I’ve ever seen. It remains a great mystery. Other people saw it, responsible people. I don’t know why people would ridicule it.”

The orange and red lights were later explained away as flares dropped by military aircraft during a training exercise at the Barry Goldwater Range. However, the V-shaped object remains unexplained.

The Phoenix Lights have captured the imaginations of millions over the past two decades, including some people in Hollywood. The phenomenon was a key plot point of a found-footage horror film, “Phoenix Forgotten,” which was released last year.

The film told the story of Sarah Bishop, a documentary filmmaker who returned to Phoenix 20 years after her brother disappeared investigating the Phoenix Lights.

UFO sightings are fairly common in the Phoenix area. There are reports of strange lights in the desert sky multiple times each year.

According to a 2014 Washington Post article, Arizona has the highest number of UFO sightings per capita in the country.