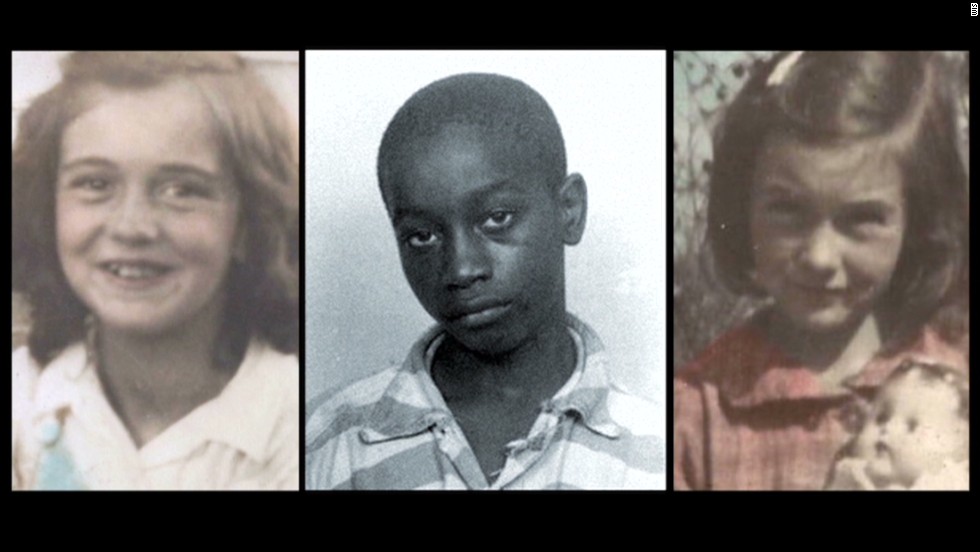 George Stinney Jr. lived in the mill town of Alcolu in South Carolina, where whites and blacks were separated by railroad tracks. Stinney’s family lived in company housing until they were forced to move after his father, George Sr., was fired from the local lumber mill when his son was accused of bludgeoning two white girls to death.

The Murders Of Betty June Binnicker And Mary Emma Thames

According to court documents, on March 24, 1944, Betty June Binnicker, 11, and Mary Emma Thames, 7, were riding their bicycles in the black part of Alcolu looking for flowers. When they saw Stinney and his younger sister, Aime, outside on their property, they stopped and asked if they knew where to find maypops, a local term for passion flowers.

That was the last time the girls were seen alive.

Binnicker and Thames, who were white, never made it home that day. Their disappearance prompted hundreds of Alcolu residents, including Stinney’s father, to come together and search for the missing girls. It wasn’t until the next morning when their bodies were discovered in a water-filled ditch with their skulls smashed in.

At 2:30 p.m. that day, medical examiner A. C. Bozard performed an autopsy on both girls and determined their causes of death to be blunt force trauma. Bozard concluded that Binnicker and Thames had been struck multiple times in the head with an object with “a small round head about the size of a hammer.”

When Clarendon County law enforcement officers learned from a witness that Binnicker and Thames were last seen talking to Stinney, they went to his home. There, Stinney was handcuffed and taken to the Sumter County jail, where he was interrogated for hours in a locked room with no witnesses or an attorney.

According to police accounts, Stinney confessed to murdering Binnicker and Thames after his plan to have sex with one of the girls failed.

A month after the murders, Stinney’s trial began at a Clarendon County courtroom, where a white court-appointed defense attorney Charles Plowden did little to defend his client.

During the two-hour trial, Plowden failed to call witnesses to the stand or present any evidence that would cast doubt on the prosecution’s case. The most significant piece of evidence presented against Stinney was his alleged confession, but there was no written record of the teen admitting to the murders.

Following a 10-minute deliberation, the all-white jury found Stinney guilty of first-degree murder. That same day, the judge sentenced the teen to death by electric chair.

The Execution Of George Stinney Jr.

On June 16, 1944, Stinney walked into the execution chamber at the South Carolina State Penitentiary in Columbia with a Bible under his arm. He was led to the adult-size electric chair where he was strapped in. A mask that was too big for him was placed over his face.

When officials turned on the switch, 2,400 volts surged through Stinney’s body, causing the mask to slip off. His eyes were wide and teary, and saliva was emanating from his mouth for all the witnesses in the room to see. After two more jolts of electricity, it was over. Stinney was pronounced dead at 7:30 p.m., four minutes after the execution began and 83 days after the murders.

George Stinney’s first-degree murder conviction was appealed in 2014. His siblings claimed that his confession was coerced and that he had an alibi: he was with his sister Aime at the time of the murders.

They also noted that a man named Wilford “Johnny” Hunter, who claimed to be Stinney’s cellmate at the Sumter County jail, said that Stinney denied murdering Binnicker and Thames.

As a true crime lover I am ashamed to say that  didn’t know about this until recently, but it should be known. Back then white people got away with anything, even if he did it where is the evidence? No 14 year old should be executed ever or in such a horrific way.. what if he was innocent? What if these people just picked the easy target? If so I hope they rot in hell for killing this boy.