In the 1970s the Hodgson family believed they were haunted by a spirit named Bill, a previous owner of the house who had died there. Janet, one of the daughters, was filmed speaking in a deep voice as “Bill.” The sisters claimed “Bill” also flung them out of bed, and there were even photos of Janet levitating. 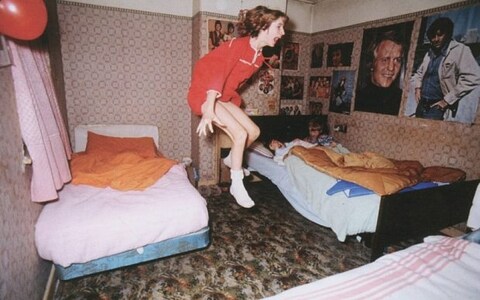 The Enfield Poltergeist is the name given to claimed supernatural activity at 284 Green Street, a council house in Brimsdown, Enfield, England between 1977 and 1979 involving two sisters, aged 11 and 13. Some members of the Society for Psychical Research such as inventor Maurice Grosse and writer Guy Lyon Playfair believed the haunting to be genuine, while others such as Anita Gregory and John Beloff were “unconvinced” and found evidence the girls had faked incidents for the benefit of reporters. Members of the Committee for Skeptical Inquiry, including stage magicians such as Milbourne Christopher, Joe Nickell and Bob Couttie, reviewed the case and criticized paranormal investigators for being overly credulous whilst also identifying features of the case as being indicative of a hoax.

The story attracted considerable press coverage in British newspapers such as the Daily Mail and Daily Mirror, and has been the subject of books, featured in television documentaries, and dramatised in horror films.