By that time, Holmes had begun work on his second castle on the Williams property. Later, he would con the caretaker of his Chicago castle, Pat Quinlan, into footing the bill there. In 1914 Quinlan committed suicide by ingesting strychnine, subsequently taking whatever horrors he had witnessed during his time working in the castle to his grave. His body was found along with a note that read, “I couldn’t sleep.”

Meanwhile, Holme’s had taken his new bride to Indianapolis, where she and the family of his friend and right-hand man Benjamin F. Pitezel waited while Holmes orchestrated his final grift. 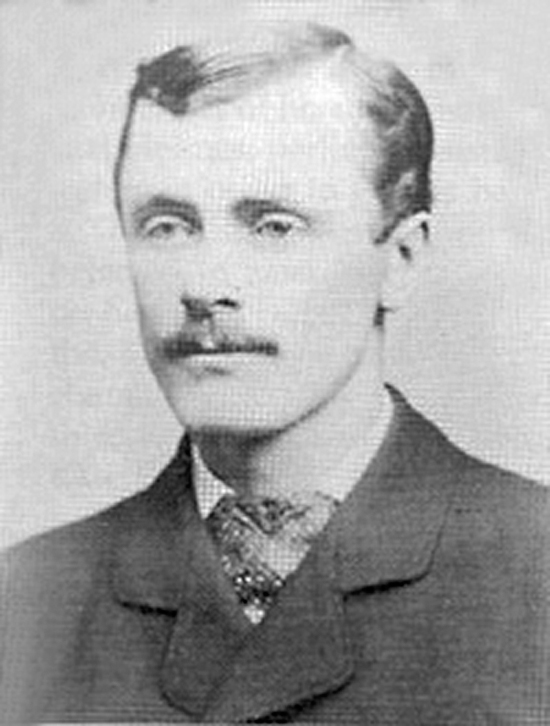 It was during a short stint in prison some months before, that Holme’s had concocted an insurance scam with fellow prisoner Marion Hedgepeth. The plan was for Holme’s to fake his own death after taking out an insurance policy on his life for the sum of $10,000, with Hedgepeth to receive $500 in exchange for a lawyer who could help him if any problems arose. Once Holmes was released from jail on bail, he attempted his plan; however, the insurance company was suspicious and did not pay out. Now Holmes planned to try his hand at insurance fraud once more, except this time he would have Pitezel fake his own death.

Benjamin F. Pitezel had worked as Holme’s right-hand man for years and had aided in several of Holme’s criminal schemes. Later during his own murder trial, Pitezal would be described as “Holmes’ tool … his creature”. The scheme called for Pitezel to set himself up as an inventor under the name B.F. Perry, who would then be killed and disfigured in an accidental lab explosion. Holmes was to find an appropriate cadaver to play the role of Pitezel and together they would split the insurance payout. However, Holmes didn’t stick to the plan and killed his friend using chloroform before setting his body on fire.

After telling Pitezal’s wife the plan had been successful and that her husband was in hiding in London, Holmes convinced her to let him care for three of her five children, while she left town to rendezvous with her husband. Shortly before his own departure, Holmes killed and incinerated young Howard Pitezal, before taking his wife and the remaining children to Canada where he suffocated and buried Nellie and Alice Pitezel before once more departing with the insurance money. However, the insurance company grew suspicious when Marion Hedgepeth, angry that he had never received his $500 promised by Holmes, contacted Police Chief Larry Harrigan with details of their failed insurance scam. And so it was in this way, the “Beast of Chicago” was finally apprehended.

Holmes visited his parents and first wife in New Hampshire before heading to Boston, where he was arrested and quickly confessed. Dr. Holmes took responsibility for at least 27 murders, though his confession often changed. Meanwhile, in Chicago, authorities opened Murder Castle and discovered a box of female skeletons, piles of bloody clothes, and a mound of bones including those of a child, likely Pearl Smythe. The case seemed closed.

The End of his Madness

Holmes’ 1895 trial was one of the most sensational of the times, as it provided a terrifying window into a serial killer’s world. Throughout, the “Beast of Chicago” remained charming, intelligent, and unrepentant. At one point, he claimed, “I could not help the fact that I was a murderer, no more than the poet can help the inspiration to sing.” After losing an appeal, Holmes was hanged at Moyamensing Prison in 1896. It’s said that his neck didn’t snap when the trap was sprung, and it took 15 minutes for him to be finally pronounced dead.

The Murder Castle, meanwhile, was mysteriously destroyed shortly after authorities had searched it. While purchased by A.M. Clark in hopes of creating a tourist attraction, the building was set alight by two men one night, with fire destroyed the upper floors. Only the first floor survived and served as a sign shop and bookstore until 1937, when the building was razed to the ground to make room for the Englewood Post Office, which still stands to this day.

Despite its fast resolution, nothing about this case is truly resolved. Not only was the Murder Castle itself destroyed before all evidence could by recorded, but even Holmes’ confession raised more questions than it answered. In the end, his mad schemes were never fully explained. Yet, perhaps it is best that we remain unsure how such a place could exist – and that we remain unaware of the full brutality of what occurred in that insane labyrinth of hidden rooms, lest they ever be repeated.