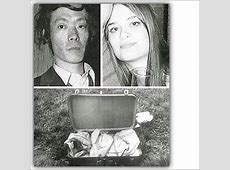 This cannibal became a local celebrity after signing himself out of a Japanese mental institution in 1986. Issei Sagawa came from a wealthy family and had exhibited cannibalistic urges from an early age, even engaging in beastiality. At 23, he made his first attempt at eating human flesh, breaking into a woman’s house to cut off some of her flesh. He was caught and charged with attempted rape.

Later, he would move to France to earn his Ph.D in literature. It would be then, at the age of 32, that Sagawa would kill and eat his classmate Renée Hartevelt. He admitted to luring the 25-year-old Dutch woman to his apartment under the guise of working on poetry. He said he chose her for her beauty and health—two things he believed he lacked. After shooting her in the neck, he ate various parts of her body over the course of two days. He then attempted to dump her body (including two suitcases of her dismembered body parts) into a lake in the Bois de Boulogne, but was caught in the act.

After being held for two years in police custody, Sagawa was deemed legally insane in French court and was ordered to be held indefinitely in a mental health institution. After being deported to Japan, he was declared sane by Japanese psychologists and so was able to sign himself out of care.