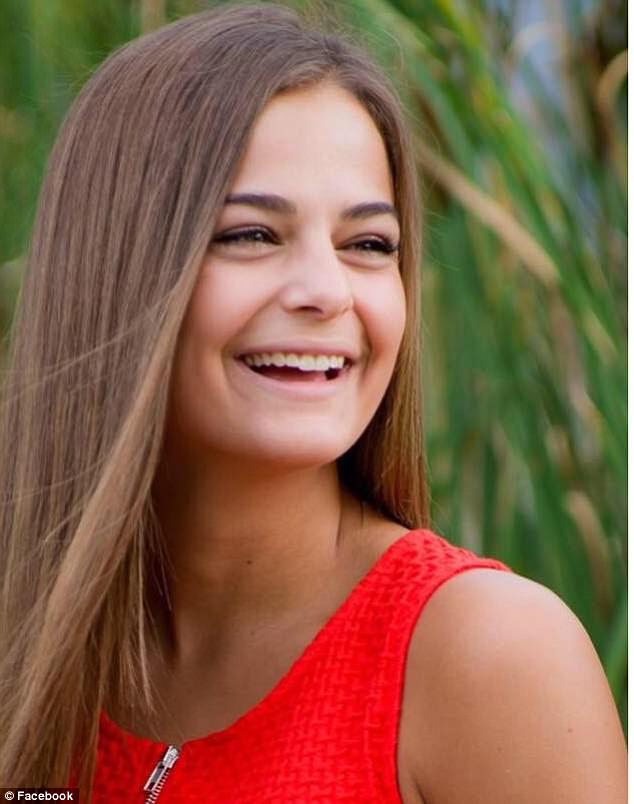 The mother, stepfather and brother of Abbey Conner appeared on Good Morning America where they revealed they are now filing a lawsuit against Iberostar Hotels and Resorts over their refusal to cooperate with investigators in the case.

This resistance on the part of the hotel comes after toxicology reports showed that Abbey had a blood alcohol level of 0.25 when she was admitted to a local hospital and a number of former guests have come forward to share similar stories from their stay at the resort.

A lawyer for the family now believes that tainted alcohol caused the tragedy, a claim the resort vehemently denied earlier this month.

The family was on vacation at the chain’s Paraiso del Mar location in Mexico when Abbey and her brother Austen somehow managed to black out in the span of less than an hour after having a shot with a group of men.

They were both found unconscious in the pool the staff would later tell the children’s mother, and she arrived at the hospital to find her daughter on a ventilator and in a coma.

She was transported to a hospital in Florida when she had stabilized enough to travel, and a few days later they determined that the college student was in fact brain dead, and the decision was made to take her off of life support.

‘We need the hotel to allow the police and our investigators to access the employees that were there,’ explained Abbey’s mother Ginny McGowan.

‘They haven’t responded to any of our requests.’

She later began to began to weep when she spoke about her daughter, saying: ‘She was on the right path, a good path for her and she was happy.’

It was an emotional interview, especially for Austin, who was found alongside his sister in the pool and still has no recollection of what happened that evening.

When asked what he would tell his sister if he could see her now, Austin broke down in tears and said: ‘I just almost want to say thank you for being there for me up to this point. I don’t know what to do without her.

‘Just thank you and I love you.’

He was asked to recount what he remembered about the day.

‘We swam around for a little bit and decided let’s celebrate with a drink,’ said Austin.

‘So we go up to the bar, and another group that was already there start talking…we didn’t know them. The bartender pours out a line of shots, and I take one, and everyone else does.

‘And the last thing I remember was like we are right now, sitting here talking, and lights went out. And I woke up in the ambulance.’

Austin was then asked if maybe the two had just consumed too much alcohol.

‘I’ve thought about it and I mean, it is a possibility,’ said Austin.

‘But how if we’re in a group of people do two people at the same exact time just pass out in the pool and no one sees it.’ 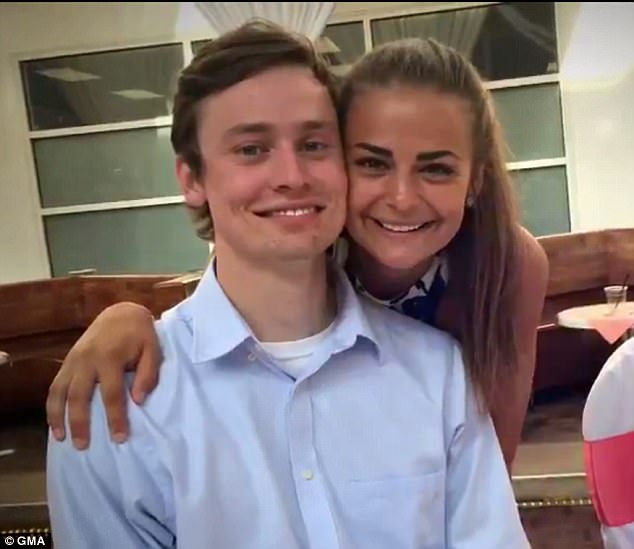 The Iberostar previously shot down the idea that tainted alcohol was to blame, telling the Milwaukee Journal Sentinel ‘we only purchase sealed bottles that satisfy all standards required by the designated regulatory authorities…We are deeply saddened by this incident and reiterate our deepest sympathies and condolences to the family.’